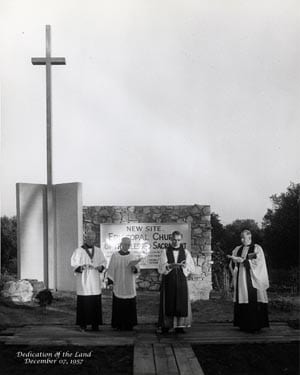 Blessed Sacrament was founded in October 1956. The parish still has members from the earliest years. In those days, much of the surrounding area was orange groves, and the city of Placentia was only beginning to expand northward from its city center a mile or two to the south of the site of the church.

The founding priest, Father Ernest Scully, built a healthy congregation in a short time. Under his leadership, the people built the church, offices, and a small parish hall. Father Scully retired in 1969 and died in 1983. His successor, Father Tony Rasch, continued to draw people to the parish. In 1976, the larger parish hall and expanded kitchen were built. Father Rasch resigned early in 1978. Father David Bauman arrived in October 1978, and left the parish in 2012.

The Children’s Learning Center opened its doors in September 1998, and has proven to be a most successful ministry in the parish, providing high-quality teaching and formation to preschool children. Several hundred families in the community have benefitted from its ministry in the ten years of its operation.

On October 7, 2006, the parish celebrated its fiftieth anniversary. Now well into its sixty-second year, the parish continues to hold its commitment to traditional liturgy, warm fellowship, and a faith built on the invitation of the Scriptures to care for the poor, the widowed, the marginalized and the outcast.

In January of 2009, long time parishioner, Steve Sterry, became the Parish Deacon. He frequently served as the Liturgical Deacon and was very involved in ministry to veterans and to those who were sick and home-bound.

Father Brad felt called to come out of retirement to serve Blessed Sacrament Church but decided to enter his well-deserved retirement for the second time at the beginning of the new year. 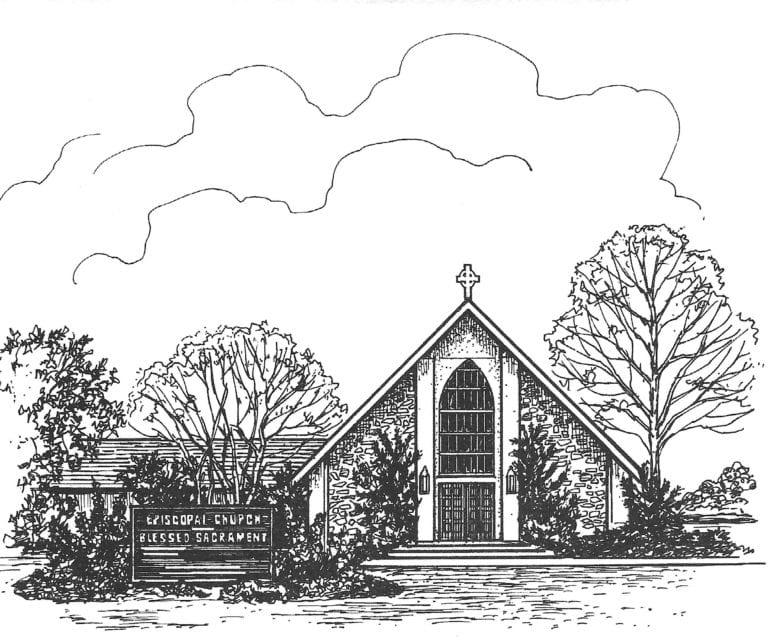